The Cyprus Lion - The Cyprus Lion is your monthly newsletter, with the latest Bases news and all you need to know about what’s going on in the community. It also contains useful contacts of the many sporting and social clubs which are available to Veterans within BFC.

Cyprus | SSAFA – SSAFA Cyprus We provide lifelong support to those who are serving or have served in the British Army, Royal Navy, Royal Marines or the Royal Air Force, and to their families. Cyprus Branch has 40 trained caseworkers across the island to assist veterans in their time of need. Assistance is provided to relieve need suffering and distress amongst veterans and their families and we are committed to being there for them and their families whenever or wherever they need us.

The Veterans Alliance Cyprus - The Veterans’ Alliance is a group of Veterans & Retirees predominantly from the UK’s Armed Forces and Public Services (Blue Light etc) but those from the allied nations are also welcome. The group holds a regular rendezvous where people from a similar background can meet, share experiences and exchange banter, in a safe and familiar environment. But there is a more serious aspect to the group as they also aim to help those in need of any welfare assistance by way of signposting through many of the channels available on the island.

Veterans Aid - Veterans Aid provides immediate practical support to all former UK servicemen and women who are homeless, facing homelessness or in crisis. Although Veterans Aid is London-based, its reach and impact is international. Since the end of 2007, the Charity has helped UK veterans based in more than 70 countries.

Royal British Legion - Paphos Branch Larnaca Branch - The Royal British Legion is the UK's leading Armed Forces charity and one of its largest membership organisations. Members get together through the network of branches and meeting places all over the country and overseas to participate in social, fundraising and welfare activities.

Royal Air Forces Association’s Cyprus Branch - RAFA is a forward looking organisation and a registered charity, with over 63,500 members world-wide, which provides friendship and welfare support for serving and ex-serving RAF personnel and their dependents.

Cyprus Residents Planning Group - The CRPG is dedicated to assisting all UK Nationals who are either living in Cyprus or who are planning to live, and possibly retire, In Cyprus. 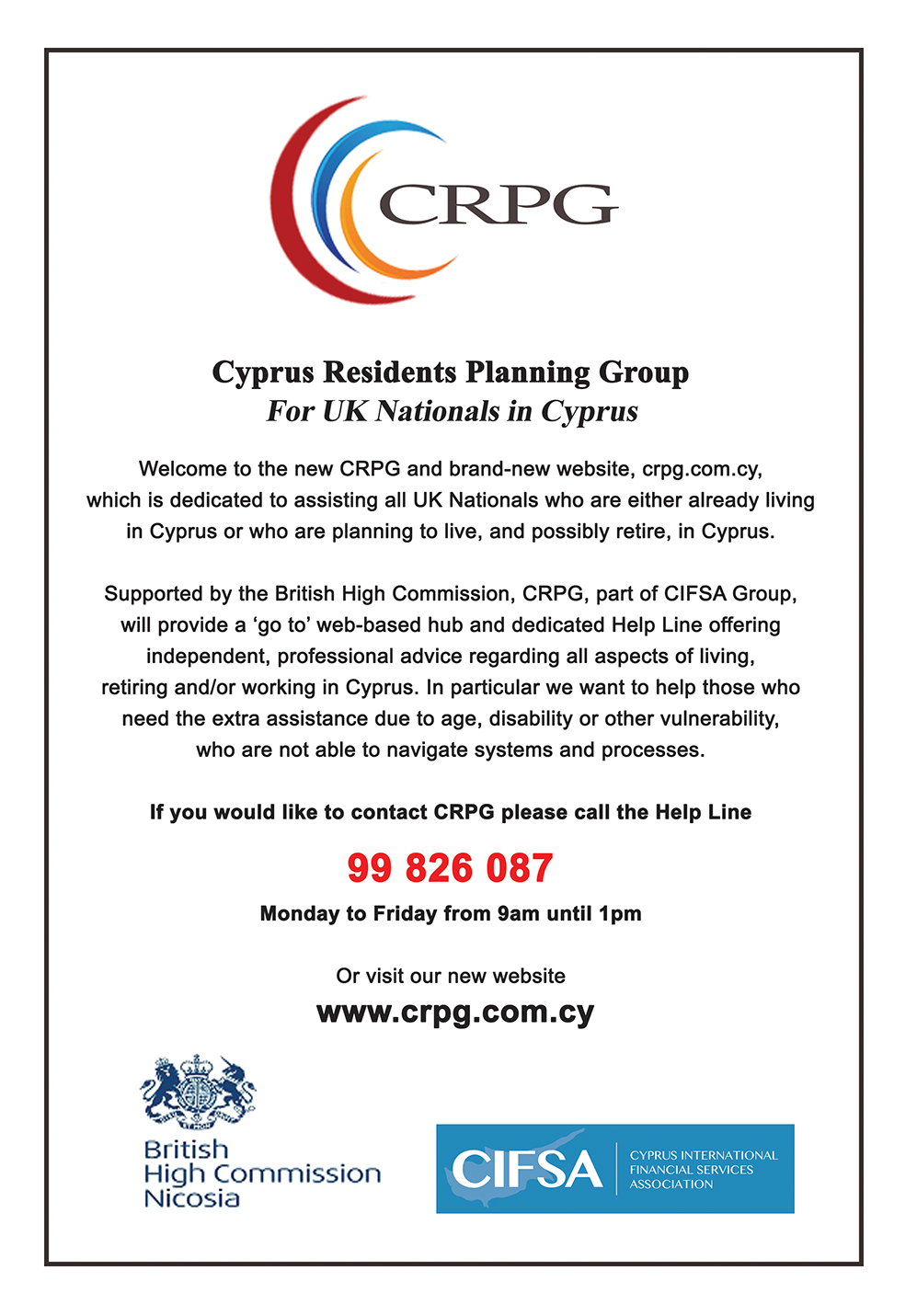