Basketry is one of the oldest forms of craftsmanship and has remained almost unchanged through the centuries. In Akrotiri, ten species of rushes, sedges and grasses are used to create different items such as small baskets for anari cheese, bread baskets and panniers. In older times, basketry was the main occupation of the village residents but, nowadays, unfortunately, it has almost become obsolete as it is no longer profitable. The preservation of this traditional craft which is unique for the island is at the core of Akrotiri Environmental Education Centre. With this mind, the Centre organises basketry courses, visits to watch live basket weaving and buy baskets and it also participates in programmes with other partners for the revival, preservation and promotion of this craft.

In the framework of the efforts for conserving and promoting soft basketry at Akrotiri village, which as of 2017 is included on the Cyprus national list of the intangible heritage of UNESCO, Akrotiri Environmental Education Centre organises a relevant market research.

Specifically, personnel of the Centre has designed and created a new series of 25 basketry items (see photos below), which have been made using material and traditional weaving techniques used at Akrotiri village. Our aim is to explore which of those items are appealing for purchase by visitors, which then will be proposed for preparation and sale by local basket makers.

We kindly ask you το complete on the form below which of those items you may buy and what you think is a fair price for them. Items are displayed at Akrotiri Environmental Education Centre. Your help is extremely valuable for conserving this traditional craft.
Please send completed form to: akrotiricentre@cytanet.com.cy 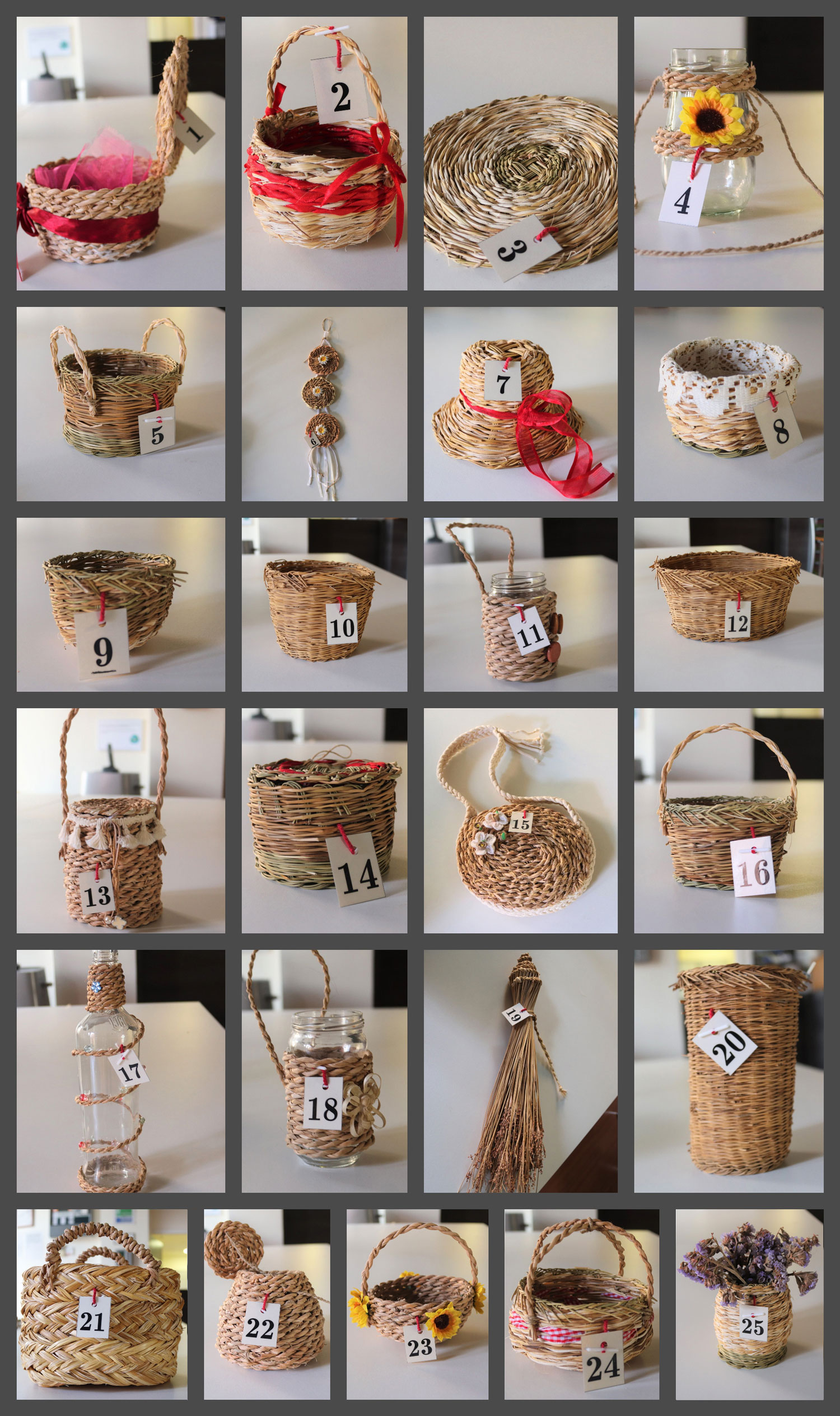