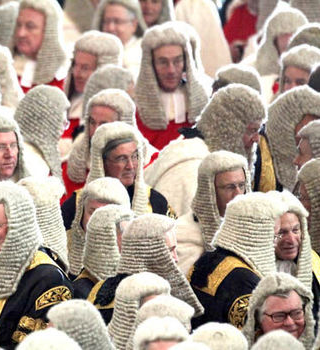 The detailed procedure at Court is contained in the Rules of Court so this can only be a general guide.

Arrive at Court in good time for your case to be called on-otherwise it may be assumed that you are not attending due to ill health and the case may be adjourned and the witnesses released.

On arrival at Court report to the usher or Registrar and ensure that they know who you are and where you are sitting.

If you are waiting in the Court Room itself, then you are expected to stand up when the Judge enters the Court Room. The Judge will acknowledge this by bowing to the people in the room. The advocates and police will return a bow to the Judge. Members of the public are not expected to do this. Every one then sits down.

When your case is called on, go to the place indicated to you in Court and remain standing.

The Registrar will check your identity and then seek permission from the Judge to read the charge to you. This procedure is referred to as “Charging the Accused”.

Thereafter if you speak to the Judge or the Judge speaks to you, you are expected to stand up.

If you need time to take legal advice, the Court will generally allow this. If this happens, the case is adjourned (“put off”) “for mention” to another date. This will not be the date of the final trial or hearing, but a date when all relevant parties attend before the judge to agree on a suitable date for the final trial or hearing. If you are going to instruct an Advocate, it is therefore vital that s/he attend before the judge otherwise a date may be fixed for your trial that everyone can do-except your advocate!

If you plead “Guilty”, that is you admit the charge, you will be invited to sit down. The Prosecutor or Police Officer will then give the “Facts of the Case”-that is, will tell the Court what the Police say happened. They will also give details of any relevant previous convictions that you may have and any information about your personal circumstances. You have the right to ask the Prosecutor or Police Officer any questions, tell the Judge anything that was said that you disagree with, and to tell the Judge anything about your personal circumstances, finances, or the offence itself that you think that the Judge needs to know. There may be closing speeches.

The Judge will then pass sentence. If you are fined, then there will be an automatic prison sentence linked to the fine if it is not paid by the due time. If a prison sentence, then this may be suspended (that is, not to operate unless you re-offend within a stated period of time)-or it may be immediate, in which case it will be served at HM Prison Dhekelia.

Occasionally, in a suitable case, the judge may “Convict and Discharge”-meaning that you are technically guilty but that no punishment is being imposed.

If you plead “Not Guilty” then the case will not be dealt with that day. It will be listed for “mention” on another day, when the Judge will give directions for the actual trial as in the section above called “If you need legal advice”. Please therefore be sure that your Advocate attends on the “mention” date and that you can tell the Court how many witnesses (including yourself-you can be a witness) you will be calling, and of any dates that they are unavailable.

Please carefully note-a person accused of an offence does not have to give evidence at trial unless they wish to do so. They may elect to make a statement from the dock (in which case they are not required to take the oath to tell the truth, and cannot be questioned upon the statement) or they can elect to go into the witness box (in which case they will take the oath to tell the truth, but can be questioned upon it). An accused may also elect to say nothing at all.

The may then be closing speeches, and the judge will then pronounce guilt or innocence. If guilty, you will have the chance to tell the judge about any mitigation relating to your personal circumstances or to the circumstances surrounding the offence. You may call witnesses as to your good character.